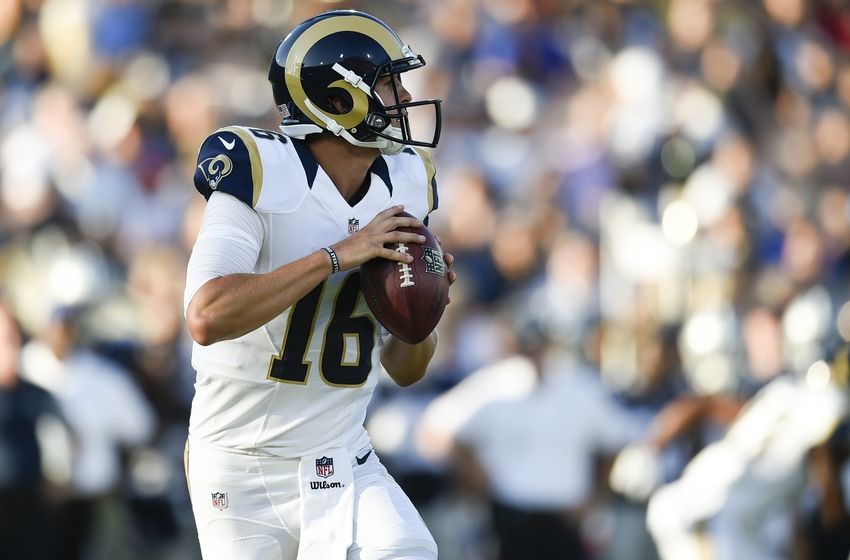 What is that NFL Network? 4-12 is the record they have the Rams going, well Madden disagrees. Now in Madden 17 this year the gae will start off with the Rams vs Redskins in crunch time of a wild card game as the opening sequence which you are unable to skip. Madden previously had this sequence for Madden 16 (Steelers vs Cardinals SB50), Madden 15 (Panthers vs Seahawks playoffs) and they are bringing it back in the new game. Here is a video of the full intro sequence as published by youtube channel Sports Gaming Universe 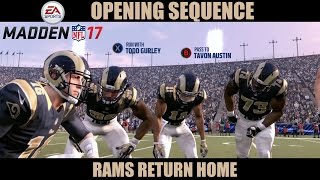 You start off watching a cut scene with the Redskins looking to seal the game with a field goal as they lead 24-17. Right before Redskins hike the ball, Jeff Fisher calls a timeout and ices the kicker. Still during the cut scene Dustin Hopkins goes to kick the ball and Rams DE Robert Quinn leaps over the line and blocks the field goal as LB Alec Ogletree recovers. Then the cut scene portion is over and it is up to you to play and lead as no. 1 overall pick Jared Goff and lead the Rams down the field to tie the game up in crunch time.
When you score a touchdown right before anything else happens it goes to a cut scene of Fisher telling Goff to go for the two-point conversion and the win. While a very gutsy call Madden gives you the option to either feed RB Todd Gurley the ball or have Goff throw to WR Tavon Austin. The player in this video decides to throw to Austin and that gives the Rams a wild card win over the Redskins.

As a Rams fan who feels as though they are often one of the most forgotten teams and understandably so… This is just a great thing to see Madden showing the Rams and their return back home some love. While it means nothing for the season still Madden saying the Rams are going 11-5 is something else and they made this quite the suspenseful type of game as well. Now lets just hope the Rams replicate this intro sequence from the video game in real life.

Fisher: Case Keenum "is still clearly ahead" of Jared Goff