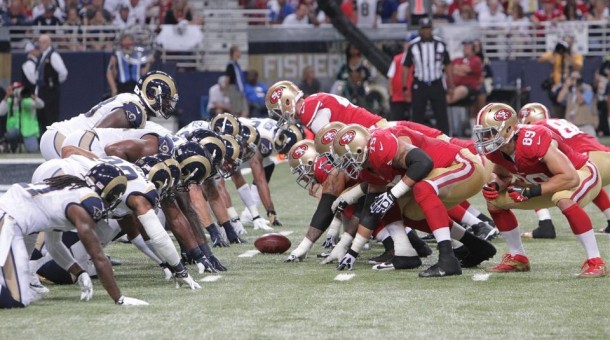 With all the information on the Los Angeles Rams the team at Downtown Rams believes we should go behind enemy lines and spy on our division rivals. In the third edition of the three part series “Behind Enemy Lines” We will bring you our “intel” on another divisional rival in the NFC West. We now move on to last years last place team in the NFC West, the San Francisco 49ers. 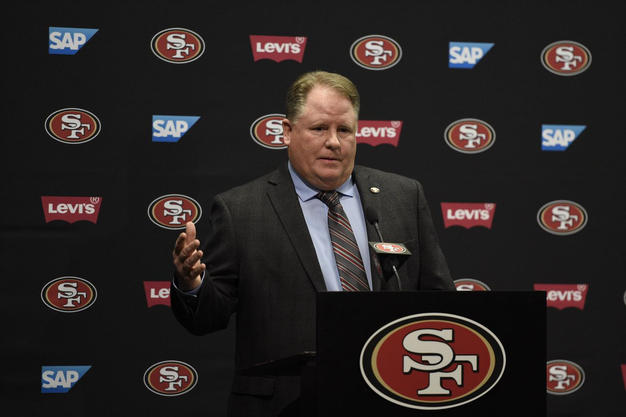 The offense of the 49ers was one of the weakest units in the NFL last season as they replaced starting QB Colin Kaepernick with former first-round Jaguar castoff Blaine Gabbert and lost Carlos Hyde for most of the season.  This season Hyde will return to the starting RB role and will be one of the few players on this roster who fantasy football players should select in upcoming drafts. The good thing for Hyde is the system Kelly is bringing to San Fran, in which he loves RBs who go north and south.

The WR group for the 49ers is another weak group for this team as the only real threat is the former Baltimore Raven, speedster Torrey Smith.  The rest of the group is mostly no names who will be given shots to make a name for themselves. The TE group is not as depleted as the WR group but still isn’t the same without Vernon Davis.  Although not game breakers, TEs Vance McDonald and Garrett Celek should see more passes thrown their way with the lack of depth and playmakers at the WR position.

The O-Line of the 49ers has seen quite a shift over the last few years but one constant that still remains is Joe Staley who has continued his top play.  Zane Beadles and Josh Garnett will take over at LG and RG respectively and the 49ers hope they can provide running lanes for Hyde.  Anthony Davis, who will return this season after sitting out last year will try and recapture the starting RT position but first crack at that position will go to Trent Brown who was a 2nd round pick out of Florida last year.  The last starting O-Lineman will be Center Daniel Kilgore and hopefully provide stability to the offense as a whole.

The last unit to look at on the 49ers offense is none other than QB and my biggest question mark.  How will Chip Kelly affect the play of the QBs on the roster?  It looks more and more each day like Kelly will start Gabbert who is making pennies compared to what the 49ers gave Kaepernick a few years ago.  Kelly has been known to start more accurate passers and Gabbert is certainly that compared to the more athletic and strong armed Kaepernick. Overall this offense has more questions than answers and this season will be a telling year about this side of the ball. 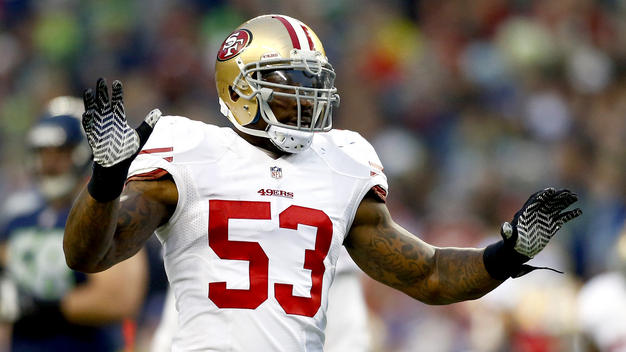 The 49ers defense also ranked near the bottom of the league last season but this unit should improve just based on health.  The d-line of the 49ers has definitely not been up to par with previous seasons but with the return of Arik Armstead and the addition of former college teammate while at Oregon, DeForest Buckner, this line should be in for a big boost.  The 49ers will also look to rotate DTs this year with Ian Williams the most likely to start games.

The LB crew for the 49ers will be an interesting one for this team as they return three out of four starters and that includes former All-Pro Navarro Bowman.  Bowman will look to regain his elite play after suffering a devastating knee injury and will man one of the inside backer spots.  The other inside backer spot will be manned by either former Ram Ray Ray Armstrong, who sits atop the depth chart now, and Michael Wilhoite. Armstrong is a player who I thought had a future in the league and someone who always played with aggressiveness while with the Rams but was always committing a ton of penalties.  The starting outside LBs will be aging Ahmad Brooks and improving Aaron Lynch.  The 49ers are hoping that the decline of Brooks, which has become evident, is offset by the younger Lynch to provide a decent if not above average LB group.

The DB room for the 49ers is excellent and especially at Safety with Eric Reid and returning starter Antoine Bethea from injury.  The CBs, although not quite as talented as the Safeties, will include solid Tramaine Brock and more than likely young Jimmie Ward.  Competition for the Corner spots will be a training camp emphasis as Kenneth Acker, Keith Reaser, and Dontae Johnson will also try and take that second corner position from Ward and also find play time on nickel and dime packages.  This defensive unit for the 49ers is the main reason I see this team, however slight, improving this season on what was a disaster last season. 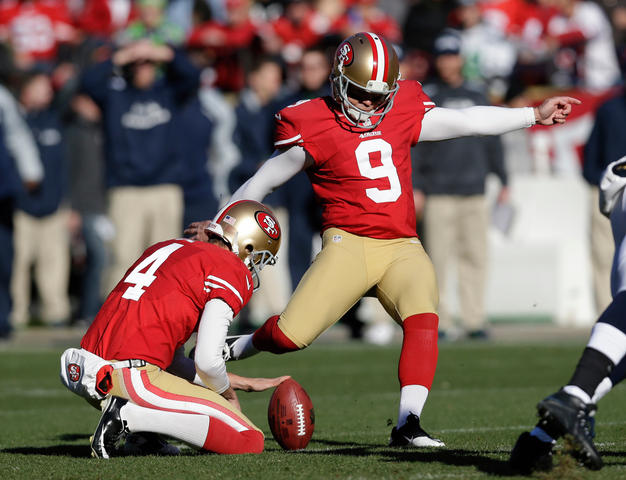 For this unit, the 49ers have very reliable kicker Phil Dawson who will return for his 18th season and capped last year hitting a solid 24 of 27 field goals. Bradley Pinion is also a solid punter who gets good hang time on his punts but he’s not Andy Lee. The one thing lacking on this unit is my biggest question, explosive plays. Bruce Ellington looks like he will continue his kickoff and punt return duties which did not produce exciting results last season.  For this unit to truly keep pace with the rest of the NFC West, the 49ers might need to find a replacement for Ellington on returns.  Given the lack of offense this team might have for this season all the good field position the special teams can provide would be great.

Overall this team will still be below average and I believe will finish in the 3-13 – 5-11 range. I see them getting swept by every team in the NFC West and with a tough end of the year schedule, I don’t believe it will end well. This team really has more questions than answers and with everything going right will probably still finish with a 3 to 5 win season.  It would not surprise me to see this team picking inside the top two in next years draft and maybe drafting Deshaun Watson for Kelly’s offense. It’s always tough seeing a team fall as far as this team has but with unexpected retirements and suspensions this can be the result. One thing this organization has shown however, is that they always bounce back just as quick as they’ve fallen.

Rams vs Chiefs: 5 Players To Watch