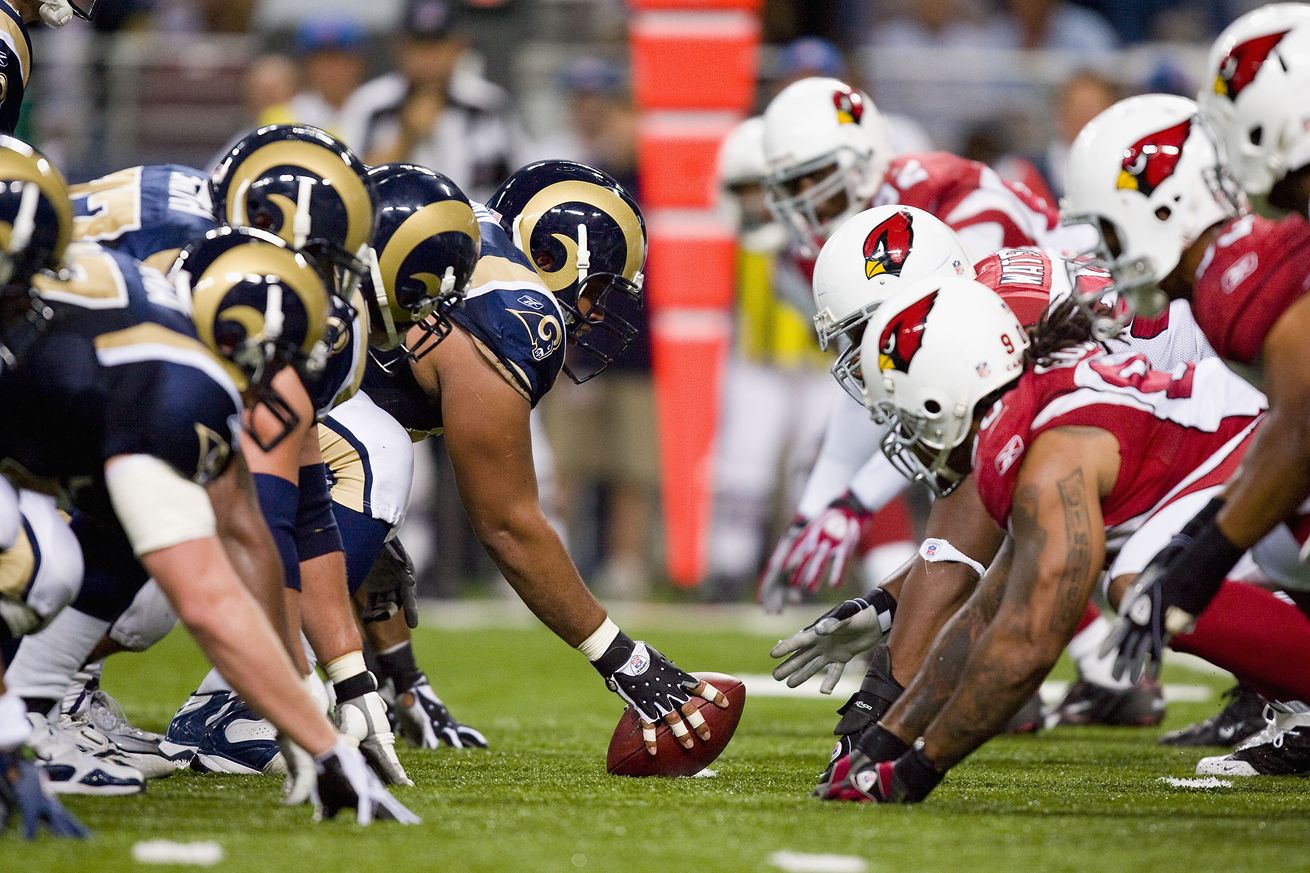 With all the information on the Los Angeles Rams the team at Downtown Rams believes we should go behind enemy lines and spy on our division rivals. In this new three-part series “Behind Enemy Lines” We will bring you our “intel” on each divisional rival in the NFC West. We now begin with the reigning NFC champion Arizona Cardinals. 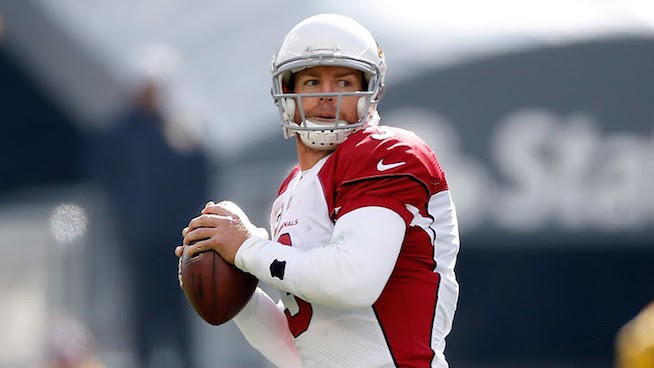 The Cardinals offense really played outstanding most of 2015 before stalling in the playoffs against the Panthers, which most teams also did.  With Chris Johnson returning to the backup RB spot and David Johnson taking over as the number one RB, who many believe will be a 1,000 yard rusher and also catch plenty of passes out of the backfield, the Cardinals should have a new dimension to an already high powered offense.  Along with their depth at RB, the Cardinals boast one of the best WR corps in the league with Ram killer Larry Fitzgerald and a continually improving bunch of receivers in John Brown, J.J. Nelson and Michael Floyd.  This receiving group has a great blend of size and speed that is very versatile.  The only knock on the receiving group is possibly in the TE department (which they are hoping to get Troy Niklas developed in), but with the depth at wide receiver that hasn’t been an issue so far.  This leads us to my biggest questions on the offense, the offensive line and the health of mainly, Carson Palmer, which will be directly tied.  We have seen that, although still an above average team with Drew Stanton in the game, this team is not nearly as potent on offense when Palmer is injured, as we saw two years ago when Stanton played well before being injured as well.  When Palmer is healthy however he can make runs at the MVP as he did last year and this year that health will depend on a somewhat new right side of the line.  The Cardinals seem to be inching closer to starting two inexperienced players with Evan Boehm and A.Q. Shipley competing for the Center spot and right tackle D.J. Humphries as the likely starter at RT. They did manage to sign the oldest and still effective Guard in the league to wedge in between the two with Evan Mathis.  If this line can hold up and keep Palmer healthy, there shouldn’t be much that can slow down this offense as it has many dimensions and a ton of depth, something us Ram fans can definitely be envious of. 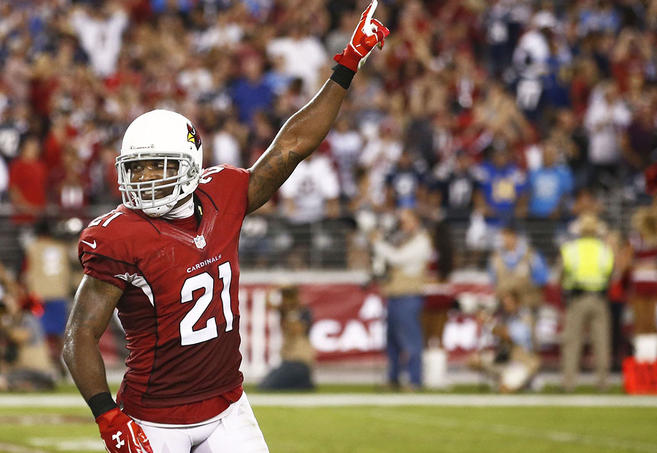 The defense for the Cardinals features multiple play-makers such as Tyrann Mathieu and Patrick Peterson.  They will be looking to find a more competent starting right cornerback as Justin Bethel hasn’t stepped up the way they would like.  This issue might have been addressed in the draft as the Cardinals did draft three DBs this year.  Like the Rams, the Cardinals also boast a hybrid LB in Deone Bucannon, who was also once a Safety.  A new addition to LB for the Cards is former Patriot sack artist — Chandler Jones, who should provide a little more pass rush which is my second question mark for this unit.  The front four was unable to create a pass rush which became evident and finally a need in the playoffs.  To help combat this need, the Cardinals drafted troubled DT Robert Nkemdiche in the first round of this years draft.  Kevin Minter and Markus Golden who are more reliable than flashy, will also be returning as apparent starters in the LB group and should provide reliability but not a ton of explosive plays.  This teams defense will rely heavily on the front four’s ability to create a pass rush and this includes new LB Jones as well as the freakish defensive lineman Calais Campbell.  This defense has a chance to be special if the aforementioned front four can create pressure and the right corner spot is figured out.  Of course the health of Mathieu will also play a factor for the secondary but that has been covered extensively as he is coming back from his second knee surgery. 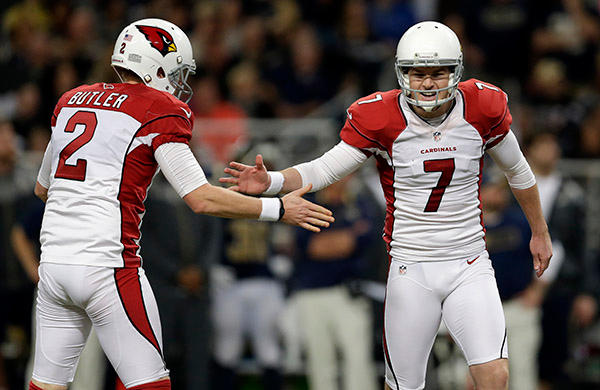 This unit is indeed a weird one for the Cardinals.  On one hand they are good enough to win this phase of the game and on the other hand they have minor consistency issues.  With Johnson assuming the starting RB role, will they risk his health on kickoff returns?  Chandler Catanzaro missed a few more extra points than one would like but that stat is an interesting one considering his field goal percentage was not only excellent from within 40 yards but perfect.  Punter Drew Butler is no Johnny Hekker but gets the job done with great hang time.  The biggest question for me with this unit is explosive plays.  Peterson has not torched teams on punt returns as he once did and with Johnson possibly moving off his kickoff position who will bring this team the explosive plays they want?

All in all this Cardinals team is one that is a heavy favorite to come out of the NFC this year and they should be.  With a high-powered offense and a play-making defense this team can match up with anyone in the league and barring injury may even be the favorite to take the Lombardi trophy this year.  I see the Cardinals splitting games with the Seahawks and Rams while sweeping the 49ers in the division.  This team should start the season strong with a record of 7-2 or 8-1 before closing the season out closer to .500 the rest of the way.  My final prediction for the Cardinals is an 11-5 record and a long run into the playoffs.  If health is on the Cardinals side this year this is my team to beat in the NFC and victories will come from every phase of this team.