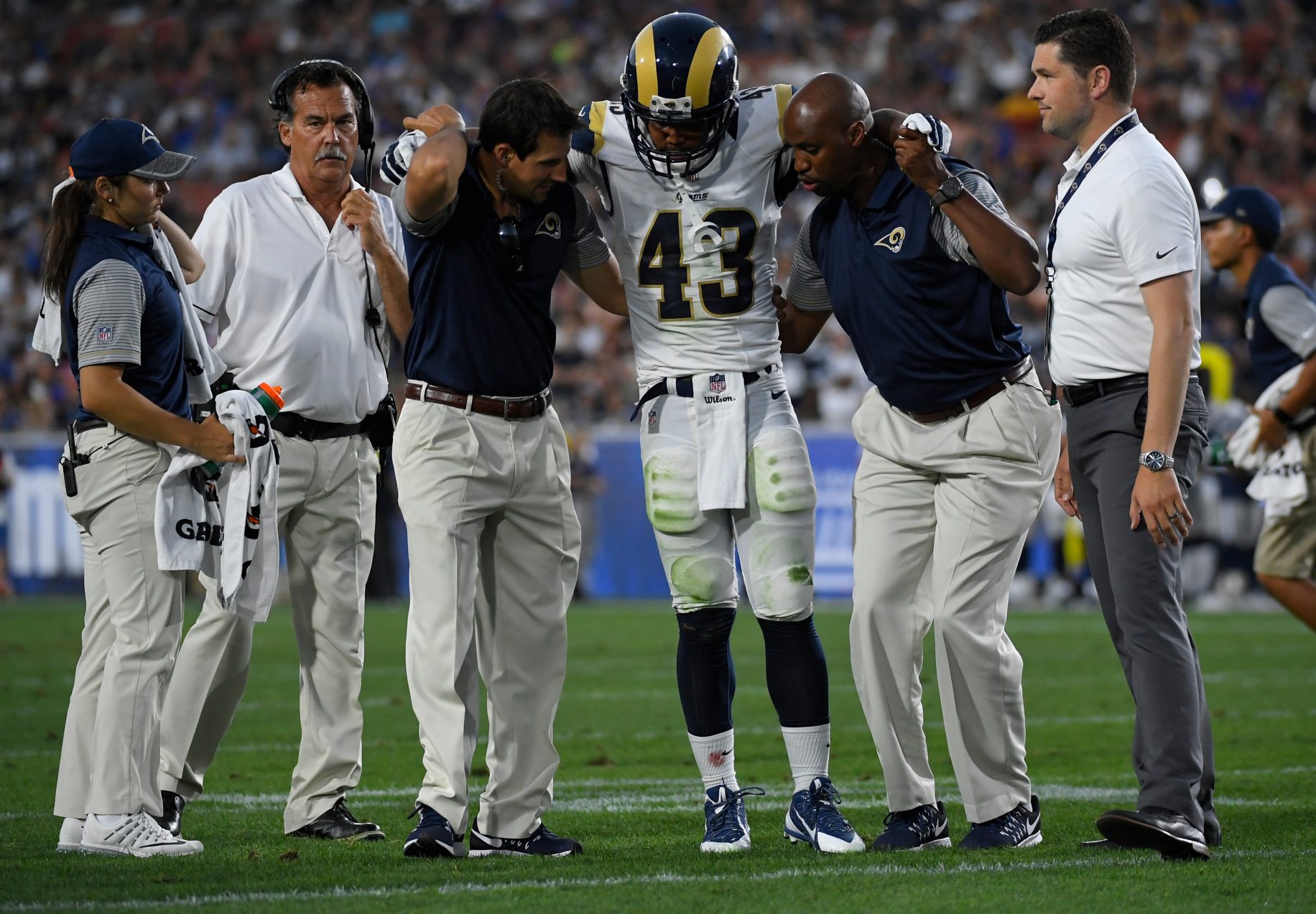 The Rams return to Los Angeles went well for everyone except for the young undrafted free agent out of the University of Tennessee.

This not only is disappointing for Randolph, its disappointing for the team, coaches, his Tennessee fans and of course me. I wrote an article about the 23-year old and how he could be a steal back on the Rams Wire. That opinion hasn’t changed and there is some good news out of this,.

In the most recent press conference on the team site head coach Jeff Fisher announced Randolph was going on injured reserve and something that was uplifting to say the least.

“It’s very unfortunate for him. Fortunately for him, he’s gone through it before. So we’ll tuck him away, we’ll give him an opportunity to compete next year.”

It’s great to hear that he will be stashed on the injured reserve to compete next year. Randolph while on injured reserve can rehab with the team and use the facilities. He also won’t count against the roster so we are most likely going to see another player signed to fill the roster spot left behind. Randolph does join second-year defensive tackle Louis Trinca-Pasat who went down with a torn ACL during OTAs.

For Randolph it’s a bump in the road, he’s proven he can be a leader on a defense, he’s proven he can come back from an acl tear and now as crazy as it is to look ahead to next season. Randolph will look to finally live out his dream, making an NFL roster. This could be an impressive comeback story when it’s all said and done.

One thing is for sure, do not count out this young safety. He should be back with a vengeance next year. Best of luck to Randolph and we wish him a speedy recovery.