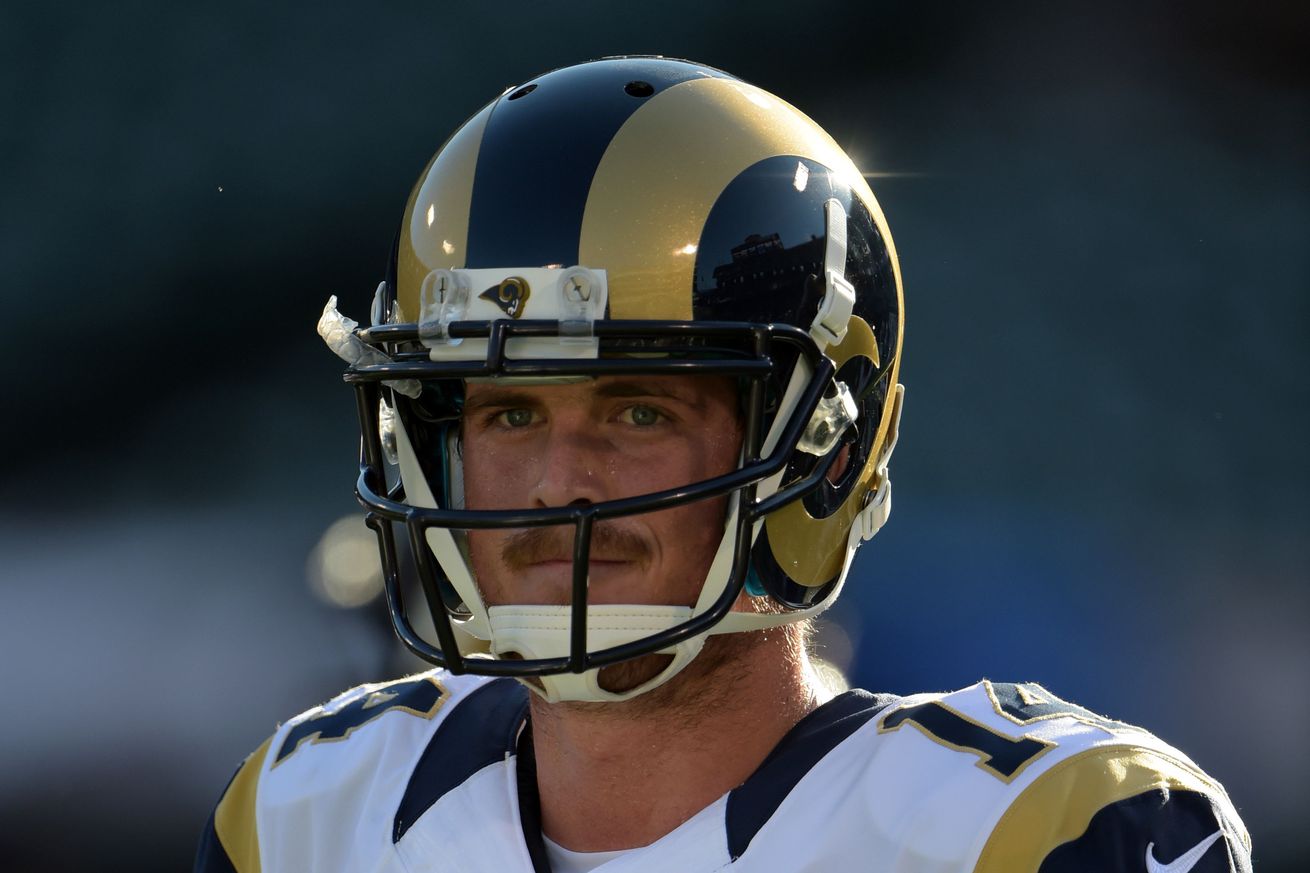 Los Angeles Rams defeated the Dallas Cowboys in their first L.A. game since 1994, here are ten things taken away from this contest.

1. Jared Goff isn’t ready…yet
Let’s not rip into Jared Goff in his debut. Also lets not over blow his “injury”. Basically what this game showed us is that Goff isn’t ready despite some reports from people saying otherwise. Saturday also showed us that Goff is going to need to be protected much better. The thing with this game was that the Rams should’ve given Keenum a series or two and let Goff play with the first string offensive line. He really suffered by having the second unit protect him. They didn’t do a very good job to say the least.

Goff is going to be fine so no need to overreact but, it doesn’t help that fourth-round pick Dak Prescott outplayed him this will be a learning experience for Goff and maybe the rest of the Rams coaching staff in evaluating who gets more playing time. Which brings us to our next takeaway…

2. Sean Mannion earned the right to start next week’s game

Maybe a bit too much of an overreaction to one preseason game? No, I don’t think so at all. Sean Mannion has not been treated as a 3rd-round pick like he should have been. The Rams mistakenly left no QB competition last year and seemingly gave the job to former QB Nick Foles. Mannion has played well and the reports had been that Mannion has had the best camp of the quarterbacks. It’s time for Mannion to be given a chance to win this job. He showed he deserves not only more playing time but a raise in competition. His three touchdown performance to comeback and win the Rams first game back in L.A. was very impressive.

3. Nelson Spruce is flying up the depth chart

Perhaps one of my favorite UDFA’s the Rams have ever brought into camp. Nelson Spruce came out on a Saturday night and became an overnight household name. The die-hard fans and local fans that were able to catch him in action during training camp know Spruce well but the rest of the fans who haven’t really followed this offseason saw first hand why Spruce was in our 53-man roster prediction to start the preseason. He may not be the fastest guy on the field but with that size, the route running ability, separation and smooth hands Spruce should make this team and contribute in his rookie year.

The rest of the depth chart did absolutely nothing to counteract Spruce’s production so at the moment Spruce could be pushing guys like Brian Quick and Mike Thomas down the chart.

We watched a physical specimen the last few years with Jared Cook but could he come down with the catch was the question. He ultimately couldn’t and while it’s early, Higbee shows he catches the ball and extends plays even in one on one coverage. He isn’t the starter yet but, Higbee by the end of preseason will be starting there is no doubt in my mind.

5. The Running backs stole the show

Benny Cunningham got the start for the Rams and he was the only starter that really stood out. Cunningham looked explosive and will be an option this season on offense. Malcolm Brown, Aaron Green and Chase Reynolds all stood out as well which kind of makes the battle hard. In a perfect world you would want the Rams to keep five running backs but that doesn’t seem likely. Green caught the game-winning touchdown pass and showed versatility as a runner and a pass catcher but he has an up-field battle to make the roster. I do believe Brown is going to make the roster so it remains a decision between Reynolds and Green.

6. Joyner and Alexander haven’t earned their starting roles yet

The Rams opened up the preseason with two new starters in the secondary and unfortunately you saw them immediately struggle in coverage. Alexander wasn’t horrible but Joyner did give up a touchdown to Terrence Williams in which he wasn’t burned but the coverage could have been better. Coty Sensabaugh really didn’t take advantage of the slip up of Joyner in this one as he gave up a touchdown to Dez Bryant. He didn’t have an awful game covering but the issue you can already see with Sensabaugh is that he will be targeted by referees with the illegal contact and pass interference penalties.

It’s early so these guys can clean it up before the final cuts and final depth charts are made.

As mentioned above Sensabaugh had himself a rough night but the big one that stood out in a bad way was Cam Thomas. The nose tackle type defensive tackle showed off his size but that’s about it. He is way too slow to make an impact in any capacity for this team. He was a non-factor in the run stopping department. There is way too much talent on the defensive line that will overshadow Thomas. I don’t see Thomas making the roster.

8. Pharoh cooper might just be the new kick returner in L.A.

Benny Cunningham will probably be the other kick returner alongside Cooper but right off the bat Cooper showed quickness and patience as a return man. His vision and his ability to read blocks makes Cooper look like a play maker. It was very evident when you saw Mike Thomas try to do the same thing he just didn’t look natural in the department the way Cooper did.

9. Camp production carried over to the preseason for the most part…

Key words “for the most part” and why? Guys like Mannion, Green, Higbee and Spruce showed off what was being said in camp. Guys such as Duke Williams, Joyner, Alexander and Quick not so much.

10. Junior Seau’s nephew has a future in this league

Ian Seau stole the show on the defensive line sacking the quarterback once and should have sacked him another time if it weren’t for a crazy athletic play by Jameill Showers. Seau has a serious battle ahead of him but if he plays like this there is no way that the Rams will be able to keep him off the roster.