The Free safety battle that never was 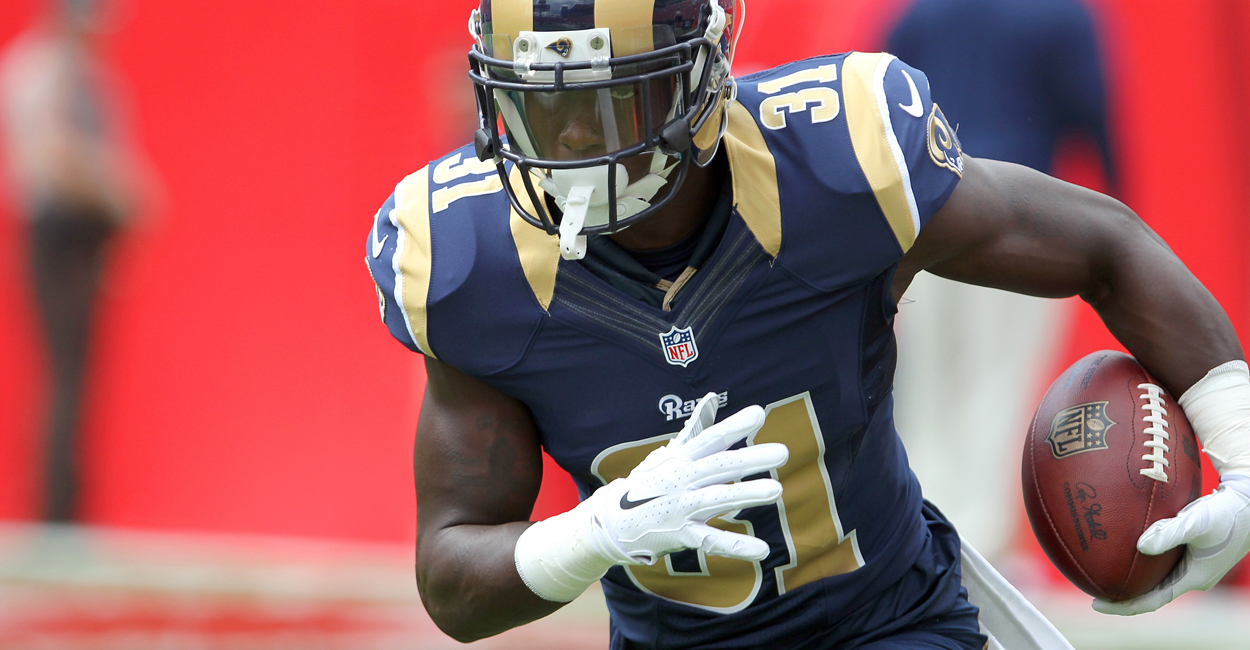 We are less than a week away from week one of preseason. The Los Angeles Rams will play the Dallas Cowboys on ESPN next Saturday.

In that game we already know who will be alongside T.J. McDonald, his name is Maurice Alexander and he looks to have completely won the coaching staff over. Alexander has seemingly gone into camp as a natural strong safety and worked hard enough to play free safety. Cody Davis was penciled in as the starter after the departure of last year’s starter Rodney McLeod but to no avail he has been unable to keep the lead on Alexander.

The 25-year old is having a great offseason and his coach Gregg Williams loves him. How much does he love him? Well I mean to compare him to a player like former Redskins safety Sean Taylor is a start. Alexander has been spotted and it appears as though he received all first-team reps Saturday at the Coliseum, according to Eddie Perez of Turf Show Times.

“S Maurice Alexander in with the first team on all reps I saw. Cody Davis & Christian Bryant with the twos.”

Now just because Alexander is the starter in camp doesn’t mean he will start week one but its a very good sign. Now it’s almost time to go into exhibition games and prove that he should be the starter. That could be a tougher task than most think.

Davis has really put on a show during the preseason in the past, Bryant had some playing time in the regular season last year, UDFA’s Brian Randolph, Jordan Lomax and Rohan Gaines are all the guys no one is talking about, which could mean they come out of nowhere and perform well in preseason and lastly the Rams did just former Chief Jordan Kovacs who could compete for playing time and has 28 regular season games under his belt.

As a fourth-round pick in 2014, Alexander hasn’t played a ton on defense but he did come in last year and show flashes when in relief for T.J. McDonald who was sidelined with an injury. Alexander is physically imposing standing at 6-foot-1 220 pounds he has the ideal size to be a starting safety in the NFL.

Alexander has only played two seasons and has 43 tackles, two sacks, one forced fumble, a pass breakup and two stuffs. He is finally approaching his time to be the guy the Rams drafted him to be. After a long road from being a janitor in St. Louis for the Rams to being drafted and moving to Los Angeles with them, it looks as though it’s all coming full circle for Alexander.