ESPN names Kurt Warner as favorite for 2017 Hall of Fame 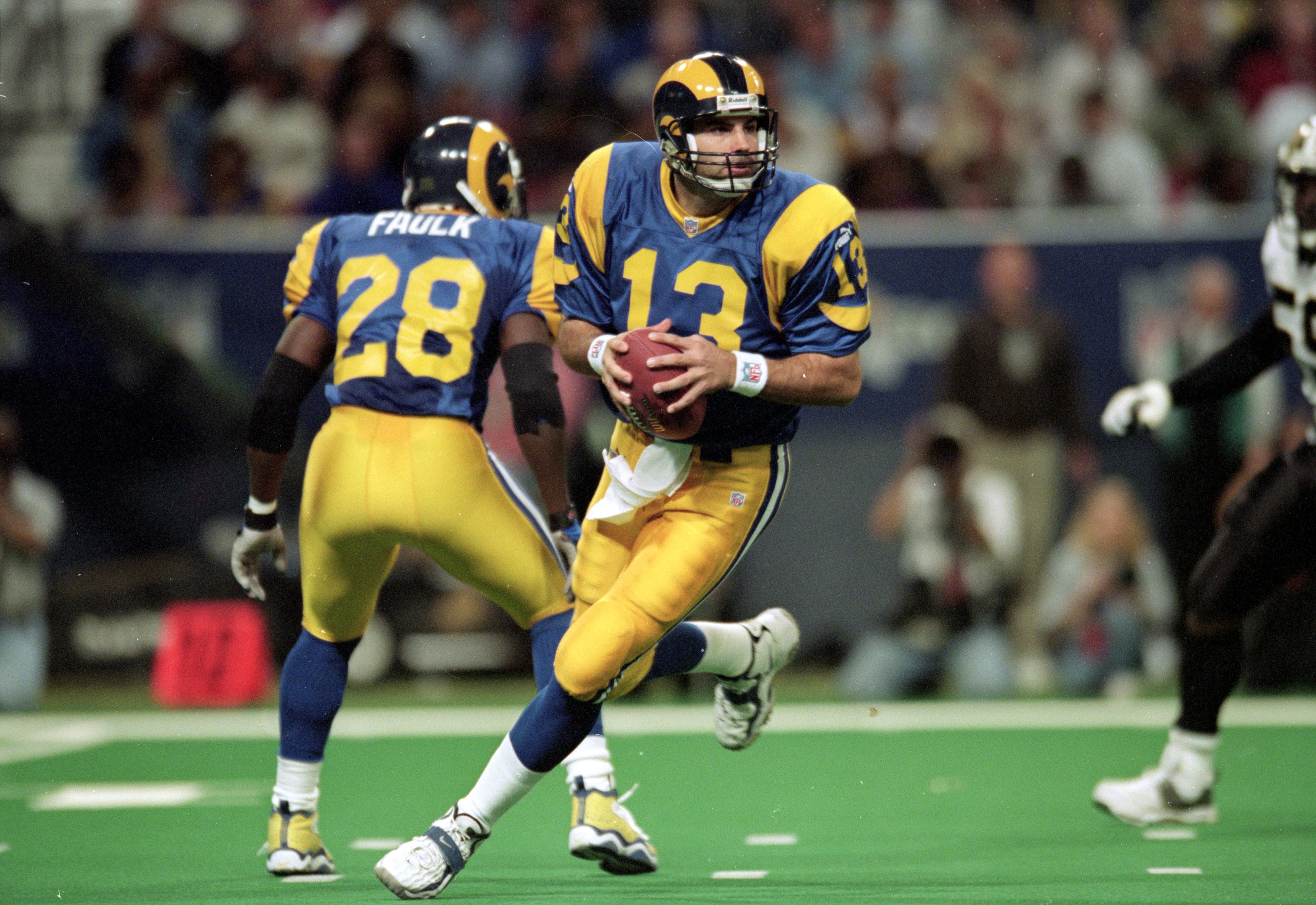 The Hall of Fame game is on tonight and while you may feel the same way I do, in that Kurt Warner should be inducted this year, he may not have to wait much longer.
ESPN just released an article today that Rams, Cardinals and Giants QB — Kurt Warner and Chargers and Jets RB — LaDainian Tomlinson are the favorites to be enshrined in Canton, Ohio next year.
For Warner its been a long journey all the way from bagging groceries at HyVee to Super Bowl MVP and Orchestrator of the Greatest Show on Turf with the St. Louis Rams. It all came fast for Warner and of course it looked like it was going to end as fast as it started. Warner broke his pinky in 2002 against the Dallas Cowboys and shortly after that was kicked to the curb in favor of new up-and-coming quarterback Marc Bulger.
Warner moved onto the big apple where he started the majority of the season ahead of rookie Eli Manning. Not long after that Warner went to the Arizona Cardinals to back-up another rookie by the name of Matt Leinart. Warner didn’t have plans to sit back and watch and he became the starting quarterback and ended up leading the Arizona Cardinals to their first Super Bowl appearance in franchise history.
That season, then-38-year old quarterback became just the fifth quarterback in NFL history to have three receivers post 1,000 yards each in the same season (Steve Breaston, Larry Fitzgerald and Anquan Boldin). Warner finished that season with 4,583 yards, 30 touchdowns and 14 interceptions.
While many debated if Warner should be in the Hall of Fame back when he was on the Giants, he clearly had a second wind with the Cardinals that sealed his fate as a future Hall of Famer. It also doesn’t hurt that his three Super Bowl appearances are the three highest passing totals in a Super Bowl game of all time.
#KurtWarner #Rams #StLouisRams #LARams #LosAngelesRams #STLRams #GSOT #GreatestShowonTurf #ArizonaCardinals #NYGiants #HallofFame #LaDainianTomlinson
0 0 votes
Article Rating