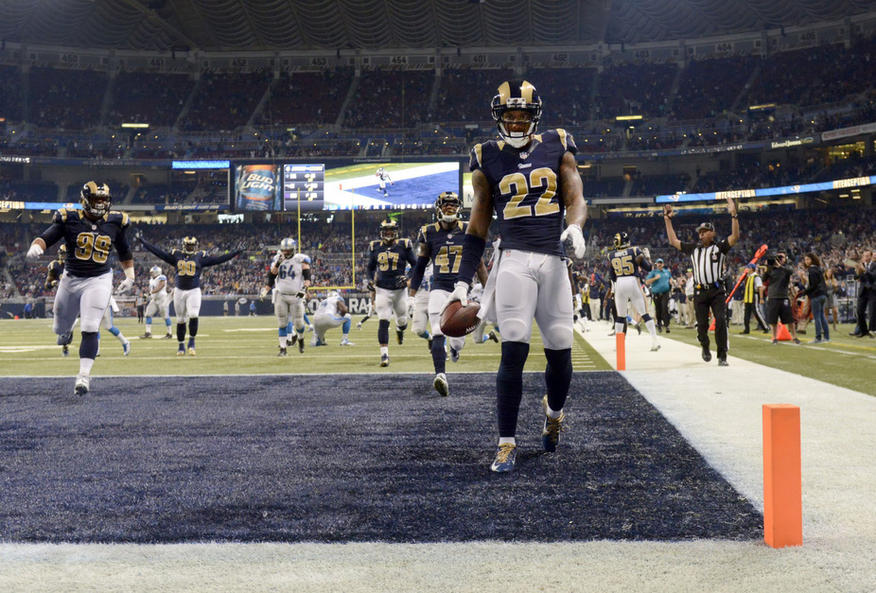 The Los Angeles Rams drafted a young cornerback in the 3rd round of the 2012 NFL draft. His name is Trumaine Johnson and ever since he has quietly put together a nice career in horns.

Finally in 2015 he didn’t just put together a nice year, he started reaching for the stars and quite possibly shot himself up into that elite tier of cornerbacks. That isn’t just my opinion apparently. The Rams certainly have to believe that to place the franchise tag that is worth a little over 13 million-dollars annually on Johnson. It doesn’t just stop there, the odds on best corner in the NFL over the last decade — Darrelle Revis apparently wanted to add to the small list of people endorsing Johnson.

ESPN First Take brought Revis on their show or rather moved their show to Jets training camp. They interviewed Revis but then one of the interviewers decided to ask the infamous “Who are your top 5 cornerbacks?” question. Revis hesitated to answer but finally had this to say. Which you can watch here.

“Man its tough, there’s great talent man, I don’t really boast or brag about my game the numbers speak for themselves. There’s some great guys, you know Richard Sherman, (Patrick) Peterson, you got (Jordan) Jenkins here in New York, now I mean Trumaine Johnson is out in Los Angeles so I mean you can go down the list and you got Chris (Harris Jr.).”

Johnson is in for another contract year coming off a seven interception breakout season. Now with the approval and public endorsement of one of the best in the game is it fair to say Johnson is an elite cornerback? The new season upon us will probably decide that for us.

Rams believe Jared Goff is ready, unsure if OL can protect him